Life is like a box of chocolates…
Spotted: Lion in Manhattan
One day…

What a better way to immerse oneself in a new city than to continual hang out in crowds of science-lovers? That’s the path I’ve decided to go down as I attended my second Astronomical event in a span of one week. This time, it was the cherished Astronomy On Tap, where space facts are interspersed with beer and merriment.

Everytime I go to Pasadena, I am in awe of Caltech. Photo is mine.

The setup is simple – two speakers with two distinct topics thrown together with trivia and music in between.

The two topics are given a TED talk style treatment, where the speakers condensed their subject to a 10 minute briefing. Jim Bell spoke of interplanetary tourism, guiding us on a journey through a “what if” scenario of solar system road trips. Rebecca Bell covered infrared light / James Webb telescope and everything the eyes cannot see.

The first piece was aspirational. While I spoke previously on this blog about how we might host a conference meeting on Mars, we also may take our next family trip to Neptune. For our planning, Jim Bell was the tour guide of our solar system. There were many starring roles, namely the planets, but even the guest “stars” (ha… haha… ha) had supporting roles that were intensely fascinating.

For instance, Saturn’s moon Dione has a 90 degree ice cliff that juts out 3 miles above its near-vertical drop. The artist’s rendition had me looking for Jon Snow up on that cold wall.

Jon, you there? Credit to NASA.

The entire talk hinged on the premise that space tourism is the next capitalistic frontier. Instead of traveling to Europe, Asia, the Channel Islands, we will go to Mars, Cerebus, and asteroids in the far reaches of our Solar System. This flow of money and interest will initiate engineering advancements that will allow us to travel and tour planets as we would travel and tour places on Earth.

A necessary caveat is that it would require specialized equipment and teams, not unlike climbing to the summit of Mount Everest. Without sherpas, mountaineering equipment, and physical fitness, these adventures will stay fictional.

I imagine an audience for these endeavors exists though. A segment of the population will understand the risks and be willing to undergo a fair bit of process to dine in Saturn’s ring or travel through a solar flare.

The thing I wanted to know more about (but was constrained given the brevity and structure of the discussions) was how exactly this could or would be done. There is an infrastructure foundation to be built in order to allow for shuttles and “spacelines” (think, airlines). With all the trouble we undergo to board a regular airplane, I cannot imagine what the TSA of Space Travel would be like…. But there is certainly not room for carry-ons.

We see so often in dystopian settings (Bladerunner, Firefly, etc.) a future of commercialized space with holographic advertisements and darkened worlds. While I am excited for the prospect of exploring places that enlighten me with awe and wonder, there is an initial hesitance that seeds as well when thinking about how “hotels on the Moon” might take away from the bare and untouched terrain. At what point to we “strip mall”-ify our solar system? Obviously these questions are far, far down the road. But I should hope we instill Interplanetary Parks (a la National Parks) where our systems and its resources are not manipulated for human use.

The second discussion was on Infrared waves. I had not before appreciated how viewing space in separate segmented wavelengths can enable us to see objects beyond our traditional radio sensors and visual light waves. There is a whole of stuff in space, some of it gaseous, and it clouds our ability to see through the atmosphere.

With the launch of the James Webb telescope, there is hope to see much beyond what we can currently view in the visual spectrum through Hubble telescope. Part of that is due to the unique position the Webb will sit, positioned in a second Lagrange point. Hubble orbits Earth, making timing a greater consideration when taking photographs. With James Webb situated in the L2 point, it does not circle earth. This is due to gravitational waves being emitted by the massive bodies of Earth and the Sun, James Webb will trail behind the Earth’s orbit, further from the Sun but still moving in lockstep with the Earth. 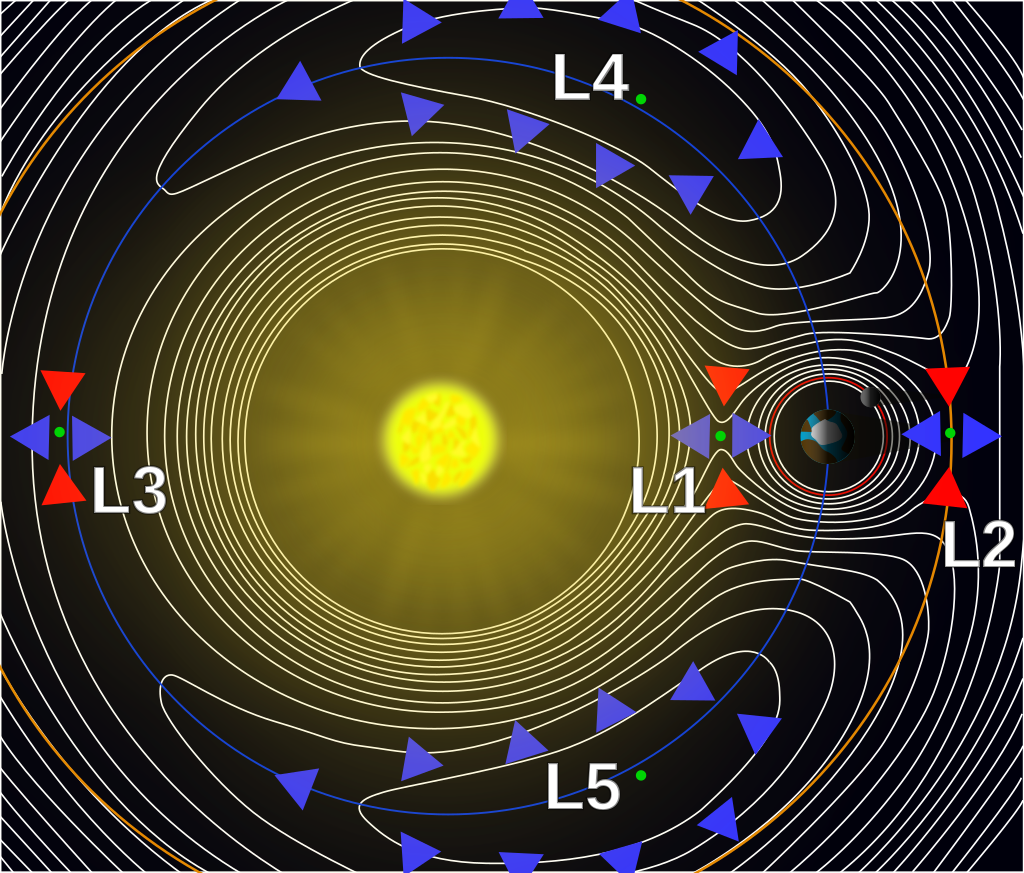 So it is in a sweet spot. What is even more encouraging is that we will be able to see objects that we had never been able to examine previously.

Of course, the launch of James Webb has been delayed somewhat, launch is set for 2020 with a 6 month test period upon arrival to L2. Because of its distance in spacetime, service trips will be far too difficult and/or costly.

But I think this is the space milestone I am most looking forward to next. To get interesting and not-before-seen images of space… That is worth waiting for.